A Legacy of Compassion and Strength 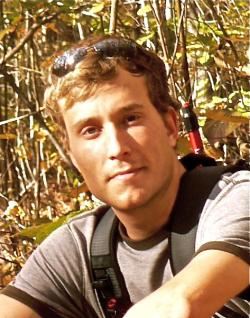 Losing a child is probably the most difficult thing a parent could ever go through. No matter the age of that child.  In the case of the Boulva family, their son was in the prime of his life, beginning a promising medical career as a fourth year resident at CHEO.  At age twenty-seven, Francis Boulva had a reputation among his fellow students and his teachers as a doctor who showed great compassion and empathy for his young patients and their families.  In July 2010, the unthinkable happened when Francis was diagnosed with a very aggressive brain tumour and died only one month later.

Still devastated by this terrible tragedy, Francis’ parents attended the dedication event for their son, hosted by CHEO residents and staff on June 8, 2011, with the same generosity and strength that were Francis’ special characteristics. On that occasion, Mr. & Mrs. Boulva presented CHEO with a commissioned piece of art created by renowned Quebec artist, Bernard Séguin Poirier who kindly made the trip from Montreal to present his work of art inspired by this extraordinary young physician. Today, this exquisite enamel on copper piece entitled “Reaching for your Star” hangs on the main floor at CHEO and is available to be enjoyed by all patients, families, volunteers and staff.

At age twenty-seven, Francis Boulva had a reputation among his fellow students and his teachers as a doctor who showed great compassion and empathy for his young patients and their families.

During the ceremony, Mrs. Boulva’s words touched every person in the room as she reached out to Francis’ fellow residents who were embarking on their chosen career path in medicine. As she encouraged them to look forward to their bright futures, there was no bitterness nor anger, only caring and compassion.

The Boulva family also provided funds allowing the CHEO Foundation to establish an endowment fund in Francis’ memory. The Dr. Francis Boulva Memorial Endowment Fund will provide an annual income that will be used to enhance the education opportunities and the general well-being of pediatric residents at CHEO.

In recognition of the generous contribution of Mr. & Mrs. Boulva as well as the professional contribution of Francis during his time at CHEO, the Quiet Room in the Emergency Department has been instituted and named in his honour. The powerful and lasting legacy that this family has created will live on at CHEO and is part of what makes our children’s hospital a truly special place.

For more information about creating your own CHEO legacy please contact Megan Doyle Ray at (613) 738-3694 or [email protected].